July 15 marks the tenth year of the Tin Cup Challenge. The campaign for giving, which includes a one-day fun run event, is organized by the Community Foundation of Teton Valley (CFTV). Over the past nine years, the event has raised $9.9 million for local nonprofits.

Before the Tin Cup was launched, the nearly thirty Teton Valley nonprofits were participating in Old Bill’s Fun Run, the celebrated event put on by the CFTV’s affiliate, the Community Foundation of Jackson Hole. When Teton Valley realized it was big enough to support its own event, the Tin Cup was born.

The Tin Cup accepts donations from individuals to their favorite nonprofits during a giving period of May 19 through July 17. The money is then matched by philanthropists and businesses that are part of the Tin Cup Challenger Fund.

“In a community of 10,000 residents with two stoplights and an average wage of $13 an hour, somehow we pull off this miracle year after year,” says CFTV executive director Carrie Mowrey. “This is a colossal effort that takes thousands of people who are volunteering, donating, and putting in the leg work to better the community.”

Capping the event are a 10K run, a 5K walk and run, and a celebration of the spirit of philanthropy, with a free breakfast and nonprofit booths offering information and family fun. This year’s celebration is expected to be bigger than ever, as the CFTV enters its second decade in operation. cftetonvalley.org 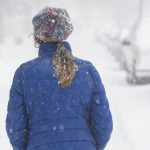 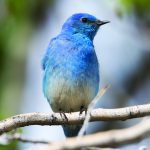 Charisma on the WingTeton Valley Top to Bottom