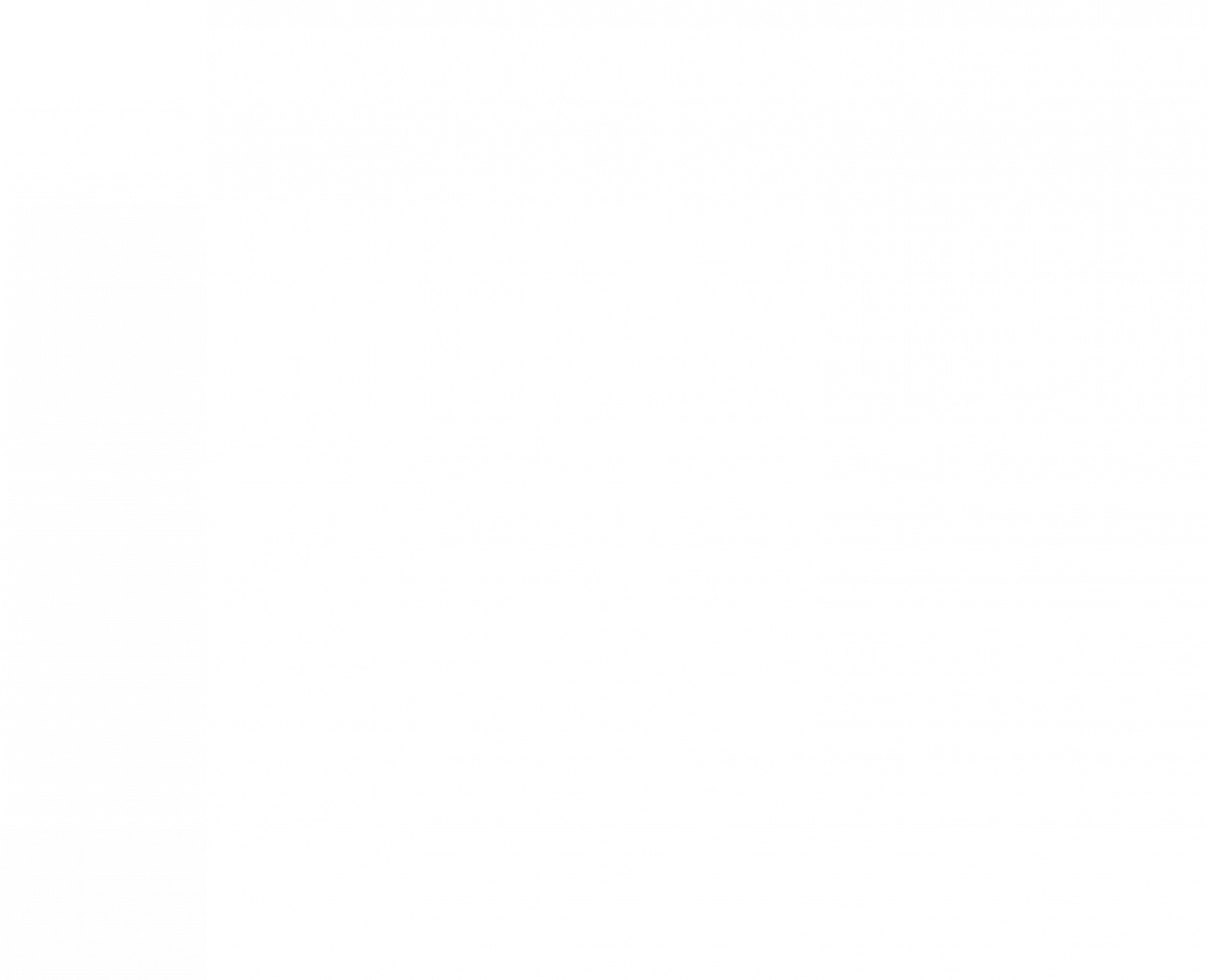 The Avenues of Driggs Tell a Story

What’s in a name? When it comes to some Driggs street names,
the answer is a rich reservoir of local history. Walking south from Harper
Avenue down Main Street, a person crosses in order Howard, Ashley, and Wallace
streets, naming the man whose legacy in land a century ago provided the ground
for Driggs’ foundations to be built.

These three and the other east-west streets striping the
original Driggs townsite—Ross, Harper, and Little, which also refer to that
man’s relatives—are names most people don’t give a second thought to. Yet they
contain clues to a frontier past, evoking memories of pioneers, entrepreneurs,
wheeler-dealers, speculators, political movers and shakers, bright futures, and
tragic ends.

In the spring of 1889 the few stockmen scattered about the
valley watched as a wagon train of enterprising and moneyed Mormons creaked and
rattled around the northern point of the Big Hole Mountains, forded the Teton
River, and set up shop along Teton Creek at the edge of the swamps. Seeking
mail service handier than the post office on Moody Creek near Sugar City, Ben
Driggs, one of four Driggs brothers living in the young settlement, petitioned
Washington, D.C., to establish a post office. He offered the name Aline (A-leen),
which local LDS Church leaders had borrowed from the writings of Washington
Irving when organizing and naming a ward for members in the valley.

The Deseret News, meantime, suggested a different name
in a June 12, 1889, story extolling the wonders of Teton Valley: “ . . . and on
its border [Teton Creek] is located the future town of Pine Arbor which
consists of a store, three cabins, a tent, and several covered wagons.” Washington
officials scanned the petition, noted the abundance of Driggs family
signatures, and dubbed the town Driggs instead; in the spring of 1891 they made
Don Carlos Driggs the first postmaster. Soon after, the main street sprouted
businesses and buildings, morphing into Main Street with capital letters.

Knifing north and south, Main Street cleaves Driggs into a
western third holding a dearth of dwellings and streets, and an eastern two
thirds residentially dense and containing the majority of the city’s streets.
You can credit the Wallace family with this lopsided development, said Nona
Thornton, great-granddaughter of Howard Ashley Wallace.

“Henry Wallace, a Salt Lake City business magnate and
entrepreneur, enlisted his son, my great-grandfather [Howard], to join an 1889
wagon train bound for Teton Valley,” Thornton said, “aiming to get in on the
ground floor of a budding new community ripe with money-making opportunities.
Great grandpa Howard was single, twenty-one years old, and available to make the
trip.”

Once in the valley, he filed for a homestead and a
desert-land entry on behalf of the Wallace family (see sidebar). Howard lucked out,
winning both. Henry Wallace bankrolled the enterprise, while Howard provided
the leg work, locating the land and trekking back to Blackfoot, the county seat,
to file claims. (Driggs was
in Bannock County at the time. In 1893 it became part of the newly created
Fremont County; in 1915 it was named the seat of Teton County when that
jurisdiction was created from a portion of Fremont County.)

An 1897 survey of Driggs reveals a sixteen-block town with
only Main, First, Second, and Third streets identified, and no named avenues.
Then, in 1901, four days before Christmas, Henry and Elen Wallace donated to
the town of Driggs 160 acres from their

desert-land entry, the southeast quarter of section
twenty-six. An updated surveymap from 1901 displays twenty-five blocks and all
streets named: Main through Fifth streets running north and south and Ross
through Little avenues running east and west. The four avenues in the middle
read Harper, Howard, Ashley, and Wallace.

Plying a land developer’s prerogative, Howard Wallace had
selected family names for the east/west running avenues: Ross for his brother;
Harper for his mother’s maiden name; Howard for himself; Ashley, which Thornton
believes was named for Howard’s son; Wallace for the entire family; and Little for
his wife’s maiden name.

Platted and dedicated, Driggs was now literally on the map.
“My grandmother [Howard’s daughter Barbara, born 1911] told us the town’s
name would have been changed to Wallace at that time, except there was already
a Wallace, Idaho,” Thornton recalled. A 1933 letter from George H. Wallace, Howard’s brother and
another valley pioneer, to niece Claire Wallace corroborates the story. And so
does current Driggs mayor Louis B. Christensen, who said, “Driggs owes its
existence on the present site to Henry and Elen H. Wallace. The family received
recognition for their contribution in the founding of the town when the east/west streets were given
family names.”

On May 23, 1910, the city was incorporated and town
officials were elected. The local bureaucracy kicked into gear. Rumors of a
coming railroad fueled land sales and lured speculators; philanthropic in
spirit though it may have been, Wallace’s donation of land for the townsite was
not without capitalistic motives. For Sale signs cropped up. Newspaper ads
touted: Driggs the center. Driggs the R.R. terminus. Driggs the town that in
two years will rival any Town in Fremont County. We now offer for sale because we own them, all unsold lots
on the original townsite, 120 in number. 300 lots on the Driggs annex additions, a new
sub-division south and east of the bank corner. Prices range from $50 to $150
marked on the plat. No log buildings allowed.

Locations for a stake tabernacle, stake offices, and a grade
school were surveyed. By this time, Howard Wallace had married Margaret
“Maggie” Little and hammered up a two-story, lapboardsided house using
lumber from the Teton Creek sawmill owned by his father-in-law, George Edwin
Little.

“The house, built in 1905, has always been in the family,”
said present owner Thornton. “I believe it is the oldest house within the
city limits of Driggs still standing. We had a centennial Wallace family reunion
in it last July.”

Howard and Maggie Wallace had nine children in the house at
513 Howard Avenue. Some of their kids married into Teton Basin
pioneer families with names destined for local prominence—Butler, Buxton,
Dalley, and Young—but the family was touched with tragedy. Scarlet fever
swept Driggs in 1913, taking five-year-old George Alvin. Daughter
Marguerite succumbed to congenital heart problems at age seventeen, and the
eldest son, Edwin Ashley, fell from a Salt Lake City trolley car and died from head
injuries when he was twenty. Wife Maggie passed away, as well, and in 1924, on
the Sunday before Thanksgiving and a month before he would have turned
fifty-eight, Howard went down into the basement and took his own life.

Maggie’s maiden name, Little, was another big name in early
Teton Valley. George Edwin Little, born in Nauvoo, Illinois, came west as
a child with the Utah Mormon migration. In 1862, after serving with the
short-lived Pony Express, he married an English girl, Martha Taylor, in Salt
Lake City. The next twenty-four years brought the couple fourteen children. After the birth of the last child
in 1886, they moved to Teton Valley, setting up the first valley sawmill at the
mouth of Teton Canyon. In a financial partnership with Henry Wallace, George began buzzing boards
for eager builders.

Martha maintained a travelers’ inn and post office in their
Haden home. Energetic and spirited in church duties, she garnered money
for a church organ by circulating a petition and sending it to Andrew Carnegie,
who ponied up five hundred dollars. Haden Ward had a new source of music.

Running for the latter office in 1924, he pitched himself in
the paper like this: Ed S. Little —Republican for County Assessor. The man who
touches your pocketbook and there is no man in this county more intimately
acquainted with its property values than is Ed Little. The fact Mr. Little has
served as assessor practically since the creation of Teton County is the best
recommendation that his services are faithful, economical, and efficient.

In 1914, when Thomas R. Wilson and his sons, T. Ross and
Clifford, surveyed town streets for sidewalks, the local newspaper advertised
one two-room and one three-room house and two adjoining lots on Little
Avenue for sale. Five hundred dollars would buy it all. The same year, street
crossings of crushed rock placed in the intersections of Wallace Avenue, Little
Avenue, and Main Street offered a pedestrian temporary footing—before he or she sunk
from sight.

Horse traffic dominated town streets well into the twentieth
century. “Driggs is getting to be some lively business burg,” read a
1917 Teton Valley News story. “Saturdays there are not hitching racks enough
in town to tie teams to. You will see teams unhitched and tied to sleighs
anywhere.”

Large bands of sheep passed through Driggs from shearing
corrals west of town along what was soon to be called Buxton Road (and was later
renamed Bates Road), headed up Little Avenue to summer range in the mountains.
“The melting snow is making lower Little Avenue and Main Street look like a lazy
man’s stable or barnyard. Some of our citizens have suggested that the Board of
Village Trustees send the marshal out with the fire hose and wash the stuff away,”
reported the Teton Valley News.

“Lloyd Buxton had a place near the river south of the road
across the bridge [Buxton Bridge],” said current resident Farrell Buxton.
“When the county ran the road through Lloyd’s property, it became Buxton Road.”

There was a Buxton Street that also didn’t survive the test
of time. West off Main Street (opposite Wallace Avenue), block-long Depot
Street ends at the former site of the train station (where a 1918 round-trip ticket on
the Oregon Short Line to Salt Lake City would set a traveler back $12.45;
Denver, $32.60; Chicago, $67.85). North and south from Depot Street,
paralleling long forgotten railroad tracks, runs Front Street—now home to BodyWise
Yoga Studio and the recycling bins—formerly known as Buxton Street.

“Whatever
got on to any maps [at that time] was not cleared by the city,” said Mayor
Christensen; “ . . . the street was part of the railroad right-of-way, which had a trail that the railroad allowed people to drive
on, but there was never a street or avenue . . . Buxton [Street] did not exist
then or now.”

“I’m not sure if any of us know why that street was named
Buxton,” said Farrell Buxton. “Just as well, since nothing much ever developed
along it.”

That’s about to change in a monumental way.

Doing business as Blackfoot Farms, developers plan to build
a county court house, a civic center, townhouses, a post office, and retail
spaces west of Front Street on five blocks bounded by Ross Avenue on the north
and Bates Road on the south. A north/south road will become Driggs’ newest
street, with the name Green Street suggested. Whatever it’s called, the
street will join Ross, Harper, Howard, Ashley, Wallace, and Little—Teton Valley
names forever linked by avenues of
asphalt.

United States government land in early Teton Valley, and
elsewhere in the West, could be acquired by private citizens in four different
ways: homestead entries, timber and stone claims, mining claims, and
desert-land entries. Regarding the final, on the website of the Bureau of Land
Management it is written:

“On March 3, 1877, the Desert Land Act was passed by
Congress to encourage and promote the economic development of the arid and
semiarid public lands of the Western United States. Through the Act,
individuals may apply for a desert-land entry to reclaim, irrigate, and
cultivate arid and semiarid public lands.”

Because of the time (four years) and money (up to a $1,000
or more) involved, relatively few desert-land entries were awarded in the early
days. Henry Wallace was among the fortunate ones, and upon receiving title to
this desert-land entry with son Howard’s onsite diligence, he donated 160 acres
for the Driggs townsite in 1901. A town, already born, was beginning to mature. 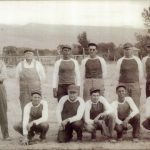 Diamonds in the RoughHistory Stories 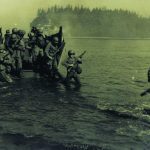 They Who DaredHistory Stories
Go to mobile version