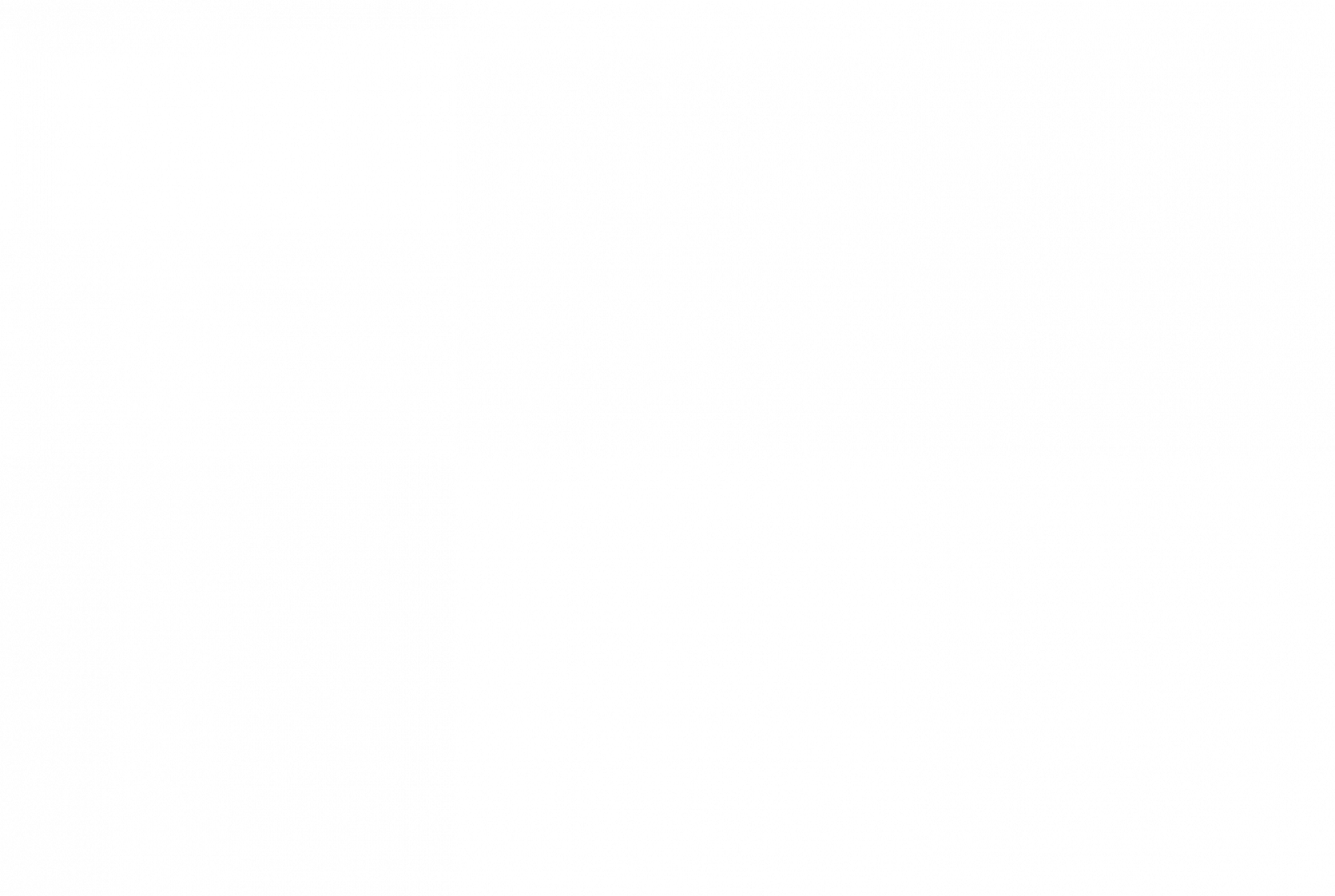 In 1998, Backpacker
magazine editors decided to hand out Silver Service Awards to commemorate the
publication’s 25th anniversary. They vowed to honor “the backcountry
equivalents of Microsoft and Ted Turner,” the most monumental of the past
quarter century’s major contributions to making wilderness experiences more
enjoyable.

The contenders were legion, and some legendary. In part,
renewed awareness of the outdoors had defined the preceding few decades.
Editors had favorites as diverse as internal-frame backpacks and Velcro.
Passions ran high. But when they all shouted, “We love you, Man!” and stuck out
their metaphoric fistfuls of wildflowers, the National Outdoor Leadership
School (NOLS) and founder Paul Petzoldt’s concept of “Leave No Trace” were both
among the nine award recipients. NOLS shared the limelight with Edward Abbey,
the Sierra Club and Polartec.

Paul Petzoldt died in 1999, but his legacy of experiential teaching,
outdoor adventuring, good judgment, self-reliance and wilderness stewardship
gives his life resonance. He spoke so often and so passionately about safe
outdoor adventuring that his thoughts live on today in the public domain.
Popular “Paul-isms” are often quoted when wilderness ethics and backcountry
recreation are discussed. NOLS and its presence in Teton Valley are Petzoldt’s
legacy.

Petzoldt began mountaineering as a youngster. At age 13 he
led a friend and his dog, Ranger, into Idaho’s Sawtooth Range. Looking back on
that expedition he wrote, “I realized the mountains and wilderness were
indispensible to me.”

At 6, Petzoldt decided to scale the Grand Teton with a
friend. Between them, they had a map. Setting out in blue jeans and cowboy
boots, they surmounted hypothermia, fatigue and hunger on the three-day climb.

Romantically speaking, they summitted the Grand. In reality,
the peak nearly claimed their lives. “It was awful,” Petzoldt said years later.
“We did everything wrong.”

Returning home, Petzoldt threw the proverbial pebble in the
pond, causing ripples that are still stirring new waters. Because of his
peril-filled 1924 ascent, today over 50,000 people worldwide have been schooled
by NOLS in backcountry recreation and wilderness conservation and leadership.
Techniques Petzoldt devised, such as the “sliding middleman” and voice signal
system for climbers, are still in use today.

Petzoldt knew adventure as a route to self-discovery and the
reanimation of the soul, and he wanted to make outdoor travel safe. He wanted
to guide people into the mountains, and he was determined “to train leaders
capable of conducting all-round wilderness programs in a safe and rewarding
manner.”

His goals were indistinguishable from his joie de vivre, his
philosophy of life, his orientation towards service and his wilderness ethic.
To attain them, he refined his own skills until he could develop support for
the vision he pioneered. Creatively, he stood on the cusp of environmental
awareness, anticipating the people, organizations and inventions that would
change the face of outdoor recreation. He provided benchmarks for those who
followed.

Petzoldt understood the magical synthesis of sweat and the sublime
found in nature’s challenges. In defining sublime, Webster’s dictionary credits
scenes in nature with, “Striking the mind with a sense of grandeur or
power…awakening awe, veneration, or exalted feeling…” A few pages later it
explains that by “sweating out” a difficult situation, man learns to “exert
oneself to the utmost…to endure through to the end.” Petzoldt experienced
nature’s heart stopping beauty and its risks. Embracing the renewal he found in
each offered him confidence and a lifetime with more than the average number of
defining moments.

Petzoldt made a series of ascents in the Alps, including a
one-day double traverse of the Matterhorn. In 1938 he was selected for the
first American expedition to K2 in the Himalaya. During World War II he taught
mountain evacuation and cold-weather dress to the ski troops of the 10th
Mountain Division at Camp Hale, Colorado. In 1963 he helped bring the first
Outward Bound School from England to Colorado and testified before Congress in
support of the Wilderness Act.

After four decades of guiding the mountains, the 54-year old
Petzoldt tacked a sign to the front of a mountain cabin near Lander, Wyoming.
The sign read, “The National Outdoor Leadership School,” America’s first school
set up specifically to instruct wilderness educators.

Tom Warren was a high school senior in Riverton, Wyoming, in
1965. His psychology teacher Normal Dixon introduced him to his friend Paul
Petzoldt, who gave Warren a scholarship to attend NOLS’ first class. Warren’s
$300 leg-up later funded Petzoldt’s famous revolving scholarship fund. Over the
years many young people would attend NOLS agreeing to “pay back when able,” a
pact that as alumni they would someday enable another student to experience
NOLS.

After learning the basics, the students spent 35 days
climbing in the mountains, during which time they rescued one of their own. The
action and adventure impressed 17-year-old Warren, as did Petzoldt the man.

“He always cared for the slowest one there,” Warren says.
“He was fair and generous with everyone. He made sure that everything any of us
had was shared. If you pulled a candy bar from your pocket, you better be
cutting it into enough pieces for all.

“Paul taught you to be responsible for yourself and for
others, to exercise good judgment, be punctual, and do what you said. And he
was dedicated to the environment.”

The school progressed quietly until 1969, when the popular
Alcoa Hour broadcast a television documentary about the NOLS experience. When Thirty Days to Survival aired, NOLS
grabbed America’s attention. The show fired “a period of almost unmanageable
growth” for NOLS, and Warren was ready to help direct its expansion.

The idea of a Teton Valley branch had long been dear to
Petzoldt. So in 1971 he sent the trio of Warren, Gene Forsythe and Dave Polito
from Lander with how-to books on building a house. They were to construct the
school’s first local facility.

Patrick Petersen lives in one of the original NOLS houses.

“Paul and my dad, Pete, were good friends,” Petersen says.
“They had some business together and Dad sometimes did packing and outfitting for
Paul. From about ’76 to ’79, Dad would bring me to the house I live in now and
there would be about 60 or 80 people staying there.

“At that time they were trucking students to trailheads in a
cattle truck. I didn’t understand why students would pay thousands to a
non-profit to ride in a cattle truck until I took my first NOLS course when I
was 13 years old.

“As much as the trip, it was the philosophy behind it. Paul
was a catalyst for preserving diminishing resources back when minimum impact
meant throwing your beer cans behind a bush. Globally NOLS sets the standard
for schools of its sort.” Today Petersen guides for Jackson Hole Mountain
Guides.

During their second year in the valley, Warren and Forsythe
set up winter mountaineering courses. The U.S. Forest Service was increasing
regulations and restricting the number of people allowed into the Wind River
Range, so NOLS began bussing students from Lander for winter trips into the Big
Hole Mountains. From 1974 to 1976, NOLS ran the ski touring operating at Grand Targhee.
During the summer the staff taught rock climbing in Teton Canyon. Petzoldt
often led excursions himself, and for 10 years he guided climbs up the Grad on
New Year’s Eve.

By the mid-1970s, the NOLS board of directors was focusing
on the rapid growth in Lander and in the branches based in Mexico, East Africa,
Alaska and the Pacific Northwest. Because of mutual disenchantment between
Petzoldt and the board, Petzoldt took a much-less active role as senior advisor
during this time. In the 1980s he became president emeritus of the
organization. The Teton Valley branch shut down until 1987, when the base
manager Tony Jewell resumed operations. In 1994, after several moves, the local
branch settled into the old Darby Church, a substantial brick building that can
house up to 30 students.

“Our branch alone had graduated around 1,500 students,” says
branch director Ben Hammond. “We teach groups of eight to 12 students with
generally a four-to-one student/instructor ratio, although we may increase the
number of guides on river trips.

“Last year and this past winter we taught snowboarding to
alumni, and this coming season the course will be offered to anyone who is
interested.

“Here in the valley, we have had a long-term goal of
partnering with the national forest on the Salmon-Challis to survey and control
noxious weeks. We are implementing that project this summer by backpacking into
the Frank Church Wilderness to begin work.”

The dedication and enthusiasm behind Hammond’s words proves
that Petzoldt’s original educational mission and spirit of adventure are intact
among today’s capable leaders. NOLS’ progress is sure-footed and surely would
be high-fived by its founder.

“Keep doing,” Petzoldt advised his colleagues and students.
“You can’t live on memories!… We have to have something that is real
adventure, like climbing mountains, like fording wild rivers…like surviving in
the wilderness. In order to supply this outdoor adventure, it takes real
leaders.”

NOLS teaches course in Teton Valley, the Pacific Northwest,
the Rocky Mountains, the Southwest, Australia, Canada, Patagonia, East Africa,
Mexico, Alaska and the Yukon. More than 60 courses ranging from 10 days to
three months long are offered, with specialized classes for 14- to
15-year-olds, for women and for outdoor educators. Students range in age from
14 to 75 and many take courses for college credit. Scholarships are available.

Each spring and fall, the local school offers refresher
courses for those dealing with medical emergencies in remote locations and
first-responder training. Other branch courses include adventuring,
backpacking, natural history and skiing and winter camping. The classes teach
students to read a river, paddle whitewater, fish riffles and camp with minimum
impact. Wintertime participants learn to build quinzhees, igloos, and snow
caves and to ski the backcountry. They can also become qualified to teach
others. Backcountry destinations include the Tetons, the Lemhi Range, and
Bighorn Mountains, Idaho’s Owyhee River, and the River of No Return in the
Frank Church Wilderness.

“People have told me their NOLS course was more influential
(in determining what they would do with their live) than four years of
college,” reports Sarah Piece, NOLS associate director of development. “The
late John F. Kennedy, Jr,; astronaut John Grunsfeld; Candace Carpenter, who
originated the I-Village Web site for women’ bestselling author Sebastian
Younger; Peter Athens, who has guided so many people up Everest—these few are
among many NOLS alumni who are leaders in their fields.”

NOLS gives a half million dollars in scholarships each year
and currently is working to fund an $8 million endowment that will earmark $4
million for additional grants. NOLS directs all monies contributed to their
annual fund toward student aid. “This is our way of continuing Petzoldt’s pay-back-when-able
policy,” Piece explains.

Students worldwide apply for financial assistance and locals
may complete for any aid offered, but there is a Teton Valley scholarship that
can only be granted to a local resident. Interested applicants should contact
Teton Valley’s branch director Ben Hammond at (208) 354-8443 or visit NOLS’ Web
site at www.nols.edu. Contributions toward
the endowment can be mailed to Pierce’s attention at NOLS, 288 Main Street,
Lander, Wyoming 82520. 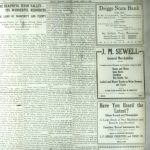 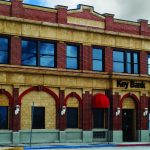 Key to the CityHistory Stories