It must have been one of those Rocky Mountain “bluejay days” when William H. Jackson scribed those words, documenting the experience of being the first person to photograph the Grand Teton back in 1872. He was standing atop Table Mountain, Teton Valley’s 11,106-foot, flat-topped mesa that sits just west and below the Grand in what is now the Jedediah Smith Wilderness of the Targhee National Forest.

Up until the day Jackson took those photos, most of the interest in the region focused on Yellowstone National Park and its hot pots and sizzling waters. No one paid much attention to the Tetons until Jackson came along with the Hayden survey and two pack mules loaded with heavy camera equipment.

It’s easy to understand why Jackson was attracted to Table Mountain. Its position makes for an ideal spot to photograph all the high peaks. As opposed to hiking on the east slope, west slope elevation gain is much more gentle—no technical climbing skills are needed to reach the top of Table Mountain. Dependent on mules to haul his heavy, unwieldy photographic equipment to near the summit, Jackson would have had to abandon the mission if he tried to get them on top of the South Teton, Middle Teton, Mount Owen or Mount Moran.

The approach to Table Mountain along Teton Creek is as inviting as the mountain itself. The wide-open, glaciated canyon has walls that tower above the creek and open meadows. Pristine wildlife habitat fosters big game and great fishing. No doubt Jackson and his party took advantage of the fish and game and also of the abundant berries found along the creek.

According to Jackson’s guide, who described their route in a letter to a friend, “the Best and easyist is to travel up the ridge and mountain on the south side of the West teton river. By making these acencons all the beauty and grandeur of the Teton and the range of mountains can be seene to the best advantage.”

Today the most commonly used trail to the top of Table Mountain takes a longer but less arduous route than Jackson’s. The trail takes the hiker up the drainage of the north fork of Teton Creek for roughly four miles towards its headwaters in an alpine cirque basin. Here the trail begins to switchback up out of the basin and across the headwall to the prominent ridge, eventually joining Jackson’s route. From here it is another two miles of gradual elevation gain along the ridge until the final scramble to the summit.

When Jackson made the trek to the summit, he was lucky to have the right combination of sun and snow to have enough water to wash the photographi8c plates. Early photography techniques required photographers to process their images immediately following exposure and mountain summits generally are not reliable sources for finding water. Being somewhat of a chemist to be a photographer in those days, Jackson not only was the first person to take pictures of the Grand Teton, he was probably the first person to pollute Table Mountain as well. Nevertheless, his photos opened the world’s eyes to the Tetons and eventually led to their designation as a national part.

Jackson was invited to be part of the 1870 exploration of Wyoming and Utah by the leader of the U.S. Geological Survey, Dr. Ferdinand Vandeveer Hayden. Hayden saw Jackson’s photos documenting the construction of the Union Pacific railroad in 1869 on display in Omaha, Nebraska, and invited him to join the expedition. Two years later, after photographing Yellowstone, Jackson was a part of Hayden’s Snake River division under the supervision of James Stevenson. Their main objective was to explore the area south of Yellowstone.

The man to guide the party through the area known as Pierre’s Hole, (today’s Teton Valley) was none other than eastern Idaho’s famous mountain man, Richard “Beaver Dick” Leigh. Unlike Jackson, whose name is not borne on any local landmark (Jackson Hole is named after the fur trapper Davey Jackson), Leigh’s name is on maps identifying canyons, lakes and creeks, Jenny Lake in Grand Teton National Park is named for his Shoshone wife. This can only be an indication of how well he knew the region and how well respected he was as a guide for what he pens in his journal as the “grand geological survey of 1872.”

Leigh was born in Manchester, England, and grew up along a tributary of the Irish Sea. He moved to Philadelphia when he was 7 years old. He was 32 when he settled in the new Idaho Territory, pitching his tipi between the forks of the upper Snake River about 40 miles northeast of Taylor Bridge (today’s Idaho Falls). He kept daily accounts of his life, which have become the written history of the Teton Basin before it was widely settled. Indeed, Leigh could be known as the bridge between the era of the Indians and fur trappers and the settlers whose descendants still live in the Valley today.

Leigh, called “Beaver Dick” for both his trapping skills and his large front teeth, met Hayden years before the 1872 survey when Hayden was a member of the Raynolds Expedition that was exploring Teton Basin in 1860. Twelve years later he was hired on to guide the party of 37 men and horses that explored, mapped, documented and photographed the west slope of the Tetons and areas north into Yellowstone. According to his journals, it was a high point in his life and led to his future as a hunting guide, which allowed him to meet Theodore Roosevelt, the Vanderbilts and other senators and well-to-do statesmen.

People who know almost nothing of Leigh have usually heard the sad story of how he lost his wife and all six children to small pox during Christmas week of 1976. After the tragedy, Leigh moved his possessions to a place called Hog Hollow at a bend in the Teton River where he built a little cabin. He eventually remarried, a Bannock woman 32 years his junior. They lived in a two-room log cabin on the Teton River three miles north of present day Newdale. They had three children before Leigh passed away in 1899 at the age of 84. He is buried on a bluff overlooking his homestead on land that was washed out when the Teton Dam failed in 1976.

To really walk in the footsteps of this famous mountain man, take a hike up to Conant Pass. This trail was the most commonly used route of the Native Americans and the fur trappers for getting across the Tetons in the north end of either valley.

To get there, drive north of Driggs until Hwy. 33 intersects Hwy. 32. Turn right onto Hwy. 32 and head north across the Teton/Fremont county line, separated by Bitch Creek. Pass through the hamlet of Lamont and turn right on a county road just past the grain elevator in town. Travel a mile north on this road until there is a four-way intersection. Turn right and this road will bring you onto the public lands of the U.S. Forest Service (Road 265). Keep going to the Coyote Meadows trailhead, where you will leave the car behind and travel on foot or horse. Follow the Hidden Lake trail, which will bring you into Conant Basin six miles later.

In Conant Basin, the trail intersects another north-south trail. Head south approximately one mile until you intersect the north fork of Bitch Creek trail. Heading east on this trail will bring you to Carrot Knoll and Conant Pass. Bring maps (Rammell Mountain and the Grassy Lake Quadrangles) and a compass and take all the necessary precautions; this is grizzly bear country.

Hiking over Conant Pass brings you into Grand Teton National Park, where the trial heads northeast to Berry Creek. Pets are not permitted in the park and a permit is necessary if you are planning to spend the night on the east side of the divide.

Here you will be in the northern reaches of the park, away from the more populated areas. Remind yourself that you are following in the footsteps of the mountain men and try to see the world through their eyes. Look at the creeks that once teemed with beaver, the trappers’ livelihood. Look for moose in the willows, deer in the meadows, bald eagles flying overhead and know that these were the mountain men’s constant companions. Those hardy voyagers, through isolation and adventure, helped to mold the colorful history of the Tetons that we still share in today.

In the Tracks of Mountain Men2015-10-082015-09-15https://www.tetonvalleymagazine.com/wp-content/uploads/Teton-Valley-Magazine-Logo-Blk.pngTeton Valley Magazinehttps://www.tetonvalleymagazine.com/wp-content/uploads/Teton-Valley-Magazine-Logo-Blk.png200px200px
Recent Posts

Back When, A Hundred Centuries of HumansHistory Stories 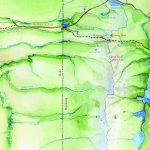 Conant Pass Trail: Known to but a fewHistory Stories