In a pastoral Western valley such as this, surviving
artifacts often reflect the days when Teton Basin was frequented by Native Americans
and mountain men, then settled by Mormon pioneers. But a peek into the hangars
at the Driggs-Reed Memorial Airport reveals an unexpected image of the past—a collection
that evokes the romance of yesteryear, the intrigue of flight and the honor of
those who have served our country in times of peace and war.

Teton Aviation Center, a private business managing
operations at the municipal airport, harbors a small but grand piece of
military history in an assemblage of vintage U.S. Navy warbirds. Over the past two
decades, TAC owner Dr. Richard Sugden of Jackson has put together a living
history of six aircraft, several of which can often be seen soaring the skies
over Teton Valley.

A pilot since the age of 16, Sugden’s interest in military
planes began with a three-year tour as a Navy flight surgeon in the early
1970s. He moved to Jackson in 1975 and shortly after began collecting and
restoring Navy aircraft. His planes range from a 1940s open-cockpit biplane to
a 1953 Grumman Albatross amphibian, each with its own fascinating story.

The oldest is the bright-yellow, two-seat N3N biplane that
evokes images from the movie Out of
Africa. But despite its romantic demeanor, the workhorse N3N was a military
trainer for more than 30 years. Until the early 1970s, midshipmen at the U.S.
Naval Academy in Annapolis, Maryland, were introduced to aviation with this
model.

Built in the 1930s and 40s, the frame of the N3N is
constructed from aluminum angle iron salvaged from dirigibles the Navy used to
chase submarines. Sugden explains that at the time, aircraft manufacturers had
an affinity for working with wood and wouldn’t use aluminum for aircraft, so
the Navy took its first crack at aircraft manufacturing with the N3N. The
fabric-covered aluminum N3N and its engine were built at the naval yard in
Philadelphia.

“It’s the only aircraft engine ever built by a Navy
shipyard,” Sugden says.

The showiest planes in the collection are the aerobatic Navy
trainers—the SNJ-5, T-28 Trojan and T-2B Buckeye. These highly maneuverable
planes can dip, turn and roll while traveling at high speeds, making them both
more aggressive and more evasive in combat. They’re structurally designed to withstand
the excessive G-force created by such high-speed maneuvers.

Sugden’s T-28 hadn’t been flown in 10 years when he bought
it and had it restored by a California company. It was his first attempt to
revive a timeworn plane.

“We fly it at air shows and do aerobatics and generally have
a good time with it,” he says.

The T-28 is also the plane he takes local youngsters flying
in during the annual Young Eagles Fly-In held at the airport each June. The
Fly-In gives kids a taste of aviation with free rides; over 400 have taken
advantage of the invitation since TAC began hosting the event three years ago.

The third Navy aerobatic trainer in the Driggs hangars is
the most recent model, the T-2B. It is the Navy’s primary trainer today, but it
is being phased out of use, Sugden says. This streamlined bird is fully
aerobatic and almost supersonic. Sugden’s T-2B has won several awards at the
famous Experimental Aircraft Association Fly-In at Oshkosh, Wisconsin, including
the prestigious best of show in the warbirds category in 1994.

Sugden recently added a Polish-built Mig-15 to his
collection. With the Eastern Block breaking up, governments couldn’t afford to
keep the Migs flying and sold them to civilians inexpensively. “You can now by
a Mig-15 for less than you pay for a Suburban,” Sugden says.

He acquired his Mig about six years ago and had it gradually
restored to flight condition. He brought it to Driggs from California this past
summer.

Rounding out the warbird collection is the Grumman Albatross
amphibian aircraft Sugden rescued after it had spent 25 years in the storage
yard at Davis Monthan Air Force Base in Tucson, Arizona.

The 22,000-pound air and sea search and rescue plane was
designed in the late 1940s. With a fuel capacity of 1,700 gallons and a range
of more than 3,000 miles, the amphibian was used primarily for search and
rescue. The model was used not only by the Navy but by the U.S. Coast Guard and
coastal patrols in several foreign countries as well.

After acquiring the Albatross seven years ago, Sugden had it
torn apart and completely restored in 1995. He now flies the plane to his vacation
home on an island in Lake Pend Oreille in northern Idaho nearly every summer
weekend. In 1997 Sugden, has wife, another couple and a pilot friend took the
plane on a tour of Australia, Tasmania, New Zealand and the Pacific Islands.

“We actually flew down to talk at a medical conference in
Perth, Australia, but we made a vacation out of it. We spent two months and
flew about 22,000 miles,” he says. 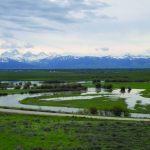 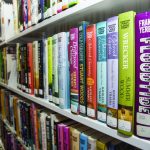