Diamonds in the Rough

Diamonds in the Rough

If you traveled through Driggs on a Wednesday afternoon during summer in the 1930s, you would have found the drugstore closed, the grocery store closed, the bank closed, the Teton Valley News office closed—and most of the other Main Street businesses shuttered for the day, as well. If you scanned the fields outside of town you would have noticed they were void of men haying or irrigating; in the farmyards, you may have spotted clothes hanging on the line, but no women or children around to be seen.

“Where are all the inhabitants of this small community?” you might have asked yourself. “Have they been evacuated? Terminated?”

Your query would be answered if you’d continued on and happened across any one of the multiple baseball diamonds scattered from Felt to Victor in those days. Congregated at these fields collectively would be the bulk of the community. The boys and men eight and older would be taking their turns fielding and batting, while the wives, girlfriends, and youngsters would be on the sidelines cheering them on.

These were the years of the Great Depression; money was scarce, and people did what they could to bring some happiness into their lives. The valley males chose baseball—but that was nothing new, as they had been playing ball since there were enough men to put a team together. (Felt, at that time the primary city of the valley, had organized a team complete with uniforms as early as 1913.)

The players started practicing in the spring as soon as the snow had melted off the fields enough to set bases. The games became the social highlight of the week. Men tend to bond by doing things together, especially competitive things; women bond by visiting; and children bond by playing. Baseball was just the ticket to providing opportunities for everyone to bond on a summer afternoon.

Why did they hold the games in the afternoon and not wait until evening, after the businesses had closed?

“There were chores of milking cows and changing the water dams that had to be done on a morning and night schedule,” recalls Doris Moss. “But Dad respected the fact that the boys worked hard and needed some R&R,” so he let them have Wednesday afternoons off to play ball.

Grant Wilson adds the clincher: “The baseball fields had no lights to play after dark, [so] it was a matter of simple logistics.”

The ball diamonds were laid out according to regulation measurements, using gunny sacks filled with sand or sawdust for bases. The fields in Driggs and Victor are said to have been pretty nice, with smooth ground and backstops constructed of chicken wire or another material as was available. Some of the other fields were—shall we say?—a bit on the rough side, but still playable if you watched your step.

During the depression and the years that followed you made do with what you had. The available resources of the day consisted more of manpower than money, and never was the saying “necessity is the mother of invention” more true.

Whose brainchild was it to take off Wednesday afternoons? Vic Lansberry, editor of the Teton Valley News, seems to get at least some of the credit. Even though the paper had to be out on Thursdays, Vic somehow found the time to play and watch baseball on Wednesdays. While the valley teams were nondenominational, they were organized according to the LDS ward boundaries. Each of the ten wards—Felt, Pratt, Darby, Clawson, Chapin, Bates, Victor, Driggs, Cedron, and Tetonia—had from one to three teams. The junior league was for boys up to age fourteen, the intermediate league for fourteen- to nineteen-year-olds, and the senior league for those older than nineteen.

“The competition was keen between the different teams,” says Grant Wilson, “with Driggs, Cedron, and Felt taking turns being the top dogs.” He also remembers that there was “a lot of spirit, support from the community, and good fellowship.”

The valley teams that played against each other during the week were often referred to as the “Wednesday teams.” There was also the “Saturday team,” which played opponents from communities farther out like Newdale, Ashton, Sugar City, St. Anthony, and Idaho Falls. The local players suited up with the classic striped uniforms and ball caps, not to be outdone by any of those city folk.

Perry Sewell was an avid ball player who caught for the valley team that traveled to the communities “out below.” Gene Sewell, Perry’s son, tells the story of when his mother was “in the family way” with him. Her time to deliver was imminent, so she rode to Idaho Falls with the team and was dropped off at the hospital. Fathers of the day generally weren’t allowed to participate much in the labor or the delivery of babies, so Perry felt his time was just as well spent manning his catcher’s position. He left catching the baby up to the doctor.

After the game, the new dad and the rest of the team went back to the hospital to size up the new rookie, then came home to Teton Valley. After two weeks of confinement, when it came time for another game out below, Mrs. Sewell caught a ride back to the valley with the team.

“I was born at the top of the fifth inning,” says Gene, who was introduced very early to the game of baseball, and to where it ranked in the priorities of life. It preempted business and almost preempted babies.

Baseball fever still ran high in the 1940s. The late Jack Berry of Tetonia had many sweet memories of the game in those days. For one, he courted Ardella Atkinson, who hailed from Victor (a “fer piece” from Tetonia in those days), on the baseball field, as she played catcher in a ladies’ league Jack umpired for. “He would stand a little too close and blow down my neck and in my ear,” recalled Ardella, also deceased. “He thought he could fluster me and make me drop the ball.”

Perhaps she really gave it her all to impress him, or maybe she let a few balls go by so she could turn around and look at him. One way or the other, a fair amount of flirting was going on.

The romance flourished off the field, as well, and the following July, in 1948, the two were wed in the Idaho Falls LDS Temple. But Jack didn’t forget his priorities: After the ceremony, he and his bride returned to Tetonia so he could play in his Wednesday afternoon game. Ardella watched from the car, still dressed in her wedding gown. One wonders if Jack’s mind was at all sidetracked, or if he was able to keep his head in the game. “Always when Grandma related the story, she never acted like stopping to play baseball was an inconvenience,” says the couple’s granddaughter, Jessica Berry. “It was simply part of the package.”

It appears that baseball preempted brides and honeymoons, as well as business and babies.

Clarence Murdock, the music teacher at Teton High School from 1925 to 1967, was one of the coaches. Commonly referred to as “Prof” Murdock, he had pitched for the Heber Eagles of Heber City, Utah, as a teenager, and later for the Agricultural College, or the “A.C.”, which became Utah State University. There he gained the distinction of pitching two winning games in one day, beating both rivals Brigham Young University and the University of Utah.

Coaching the Driggs junior team, Prof started James Price out at pitcher. In one of his first games, Driggs versus Clawson, James wound up and aimed a fastball at home plate with Jack Hatch in the batter’s box. It was a fast ball all right, and it hit home right in Jack’s temple, knocking him out. “He fell over, and I thought I had killed him,” James remembers. But Jack lived to play many more ball games—and Prof Murdock moved James Price to shortstop.

“I don’t think I would have made it through the summer of hard farm work if I hadn’t had Wednesday afternoon to look forward to,” James says. “I could make myself sick, just worrying that it might rain and they would cancel the games.”
Indeed, the valley men knew how to work hard, but they also knew how to play hard. In 1866, Charles A. Peverelly wrote in his Book of American Pastimes, “The game of base ball … is a game which is peculiarly suited to the American temperament and disposition … in short, the pastime suits the people, and the people suit the pastime.”

That was true in 1866, true during the Great Depression years, true in the 1940s and ’50s, and is true today. Of the fourteen men pictured in the photo from the late 1940s [page 18, second from top], twelve have descendents still living in the valley, many of whom have continued the baseball legacy started so many years ago. When the snow melts off the diamonds of Teton Valley in the spring, the tradition continues and it is time to “Play Ball!” 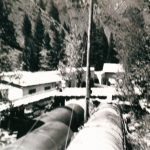 A Shot in the DarkHistory Stories 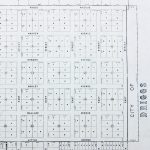 The Avenues of Driggs Tell a StoryHistory Stories