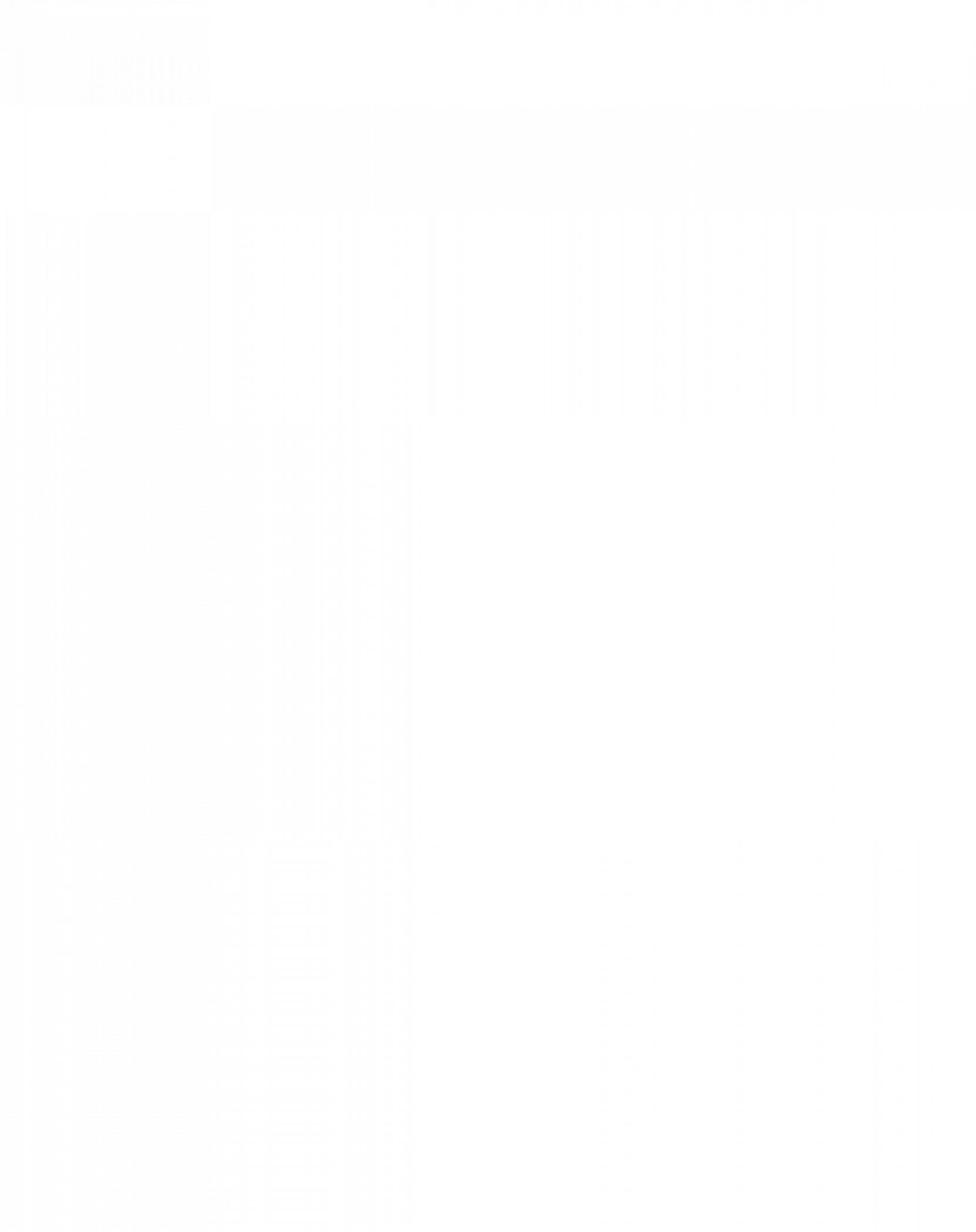 Two hundred years ago, west-bound travelers crossed the mountains from Jackson Hole, entering Teton Valley. On October 5, 1811, this brigade of more than sixty men, along with one woman and two children, became the earliest verifiable Euro-Americans to visit this area. Although some people claim John Colter was the valley’s first Caucasian tourist in 1807–08, the evidence is unconvincing. William Clark’s contemporary map, drawn from discussions with Colter himself, indicates Colter never crossed the Tetons. Andrew Henry’s 1810 trapping brigade, often credited as the valley’s initial non-native guests, might qualify, since circumstantial support for that claim exists on Conant Creek. There, “Camp Henry Sept 1810” is inscribed on a rock still in place. Ultimately, though, documentation substantiating the presence of Colter or Henry’s men in Teton Basin does not exist.

However, Wilson Price Hunt’s 1810–11 journal attests to his delegation’s presence in the valley. Organized by American millionaire John Jacob Astor, the Pacific Fur Company had launched expeditions to the Columbia River. One group sailed from New York, arrived at their destination in March 1811, and built Fort Astoria. The second division went overland, led by twenty-seven-year-old Hunt. They left St. Louis in October 1810, establishing winter quarters on the Missouri River. Guide Pierre Dorion’s Indian wife, Marie, would become the first woman to cross the continent all the way from St. Louis to the Pacific—two young children in tow.

In spring 1811, Hunt continued upriver by keelboat. On May 26, as the party fought against the current, they met John Hoback and two other trappers, all of whom had been with Andrew Henry’s earlier contingent and were returning from the mountains. Hunt recruited them as guides and hunters. In North Dakota, Hunt abandoned the Missouri to travel overland. The eighty-two-horse caravan retraced most of the route over which Hoback and his east-bound companions had so recently come.
By mid-September, high in Wyoming’s Wind River Mountains at Union Pass, they recognized the Tetons on the horizon. Hunt wrote

One of our hunters who had been on the banks of the Columbia pointed out three immense and snow-covered peaks which, he said, bordered a tributary of the river. (Ed: that tributary being the Snake River.)

All these matters were forgotten in the joy at seeing the first landmarks of the Columbia, that river which formed the bourne of the expedition … as they had been guiding points for many days, to Mr. Hunt, he gave them the name of the Pilot Knobs.

Descending from Union Pass to the Green River Valley, the party hunted buffalo and dried enough meat to last until they reached Henry’s abandoned camp farther west. Crisscrossing through Hoback Canyon, they were often forced up the rugged hillsides when riverbanks closed in. One loaded pack horse rolled “into the river from a height of nearly two hundred feet but was not hurt.”
At month’s end, the Astorians camped at Hoback Junction, confluence of the Hoback and Snake rivers. Hunt dispatched John Reed to explore the Snake River Canyon, but after two days, he:

… had been obliged to leave his horses which were of no help to him in climbing the mountains and crags. After an hour’s effort to get through on foot along the river banks he had been forced to abandon his attempt.

Hunt decided against following that route, though he recorded a tantalizing comment about the Snake River: “Americans call it the Mad River because of its swiftness.” Who these Americans were is unknown, although Henry’s men may have named this river during earlier trapping forays.

Hunt wrote on October 4 that they forded the Mad River [Snake] with the water up to the bellies of their horses, then camped at the foot of the mountains. In his entry for the next day, he noted:

On the 5th we climbed it, following an easy and much-traveled trail. Snow whitened the summit and the northern slopes of the heights. The Snakes [Shoshones] served as our guides, though two of our hunters had the year before come through this area.

The Astorians had crossed the Tetons, becoming the first non-Indian visitors to Teton Valley that can be verified. Company partner Ramsay Crooks, referring to the range merely as “stupendous ridges,” provided William Clark with data that enhanced his master map of the West. The “easy and much-traveled trail” they followed attested to the Indian traffic crossing back and forth between Teton Valley and Jackson Hole. Hunt almost certainly took the main trail up Mosquito Creek, crossing over that pass then descending Mail Cabin Creek. From there, the route went up Coal Creek and over the ridge to Mesquite Creek, following it to its junction with Moose Creek and keeping to that drainage on into the valley. Trappers used this route extensively between 1820 and 1840.
Hunt’s diary reported:

On the 6th we camped near a little brook that washes the northwest borders of a beautiful plain. The next day we stopped by a river that flows to the northwest, crossing it on the 7th. It joins several other streams and becomes quite large. After merging with another stream of equal size, it runs west. We saw many herds of antelopes. Wild cherries are common, about the size of ordinary red cherries, but they were not yet ripe. About twelve miles northwest of our camp there is a hot spring. I went to it with Mr. Mackenzie and, though it was not boiling, steam constantly spouted from it.

By “washes the northwest borders,” Hunt probably meant the stream they camped on flowed from a southerly direction, carrying its water to the northwest. Trail Creek is likely Hunt’s “little brook.” Following Moose Creek to its junction with Trail Creek, they crossed, continued along it, and then turned northward, hugging the valley’s western edge. This route took Hunt past the site of present Victor, before camping near Trail Creek’s confluence with Little Pine Creek—a day’s travel of about fifteen miles.

The next day, Hunt described a river flowing northwest which they forded before stopping for the night. This was Teton River, known as Pierre’s River during the fur trade years. Teton Valley would become known as Pierre’s Hole, named for trapper Pierre Tevanitagon, from whom the river also took its name in early days. The east bank of the Teton is joined by “several other streams,” but since Hunt did not mention crossing them, they evidently kept to the river’s west bank, traveling north along the Big Hole Mountains.

The “stream of equal size” was Bitch Creek, where the united watercourse shifts decidedly westward. That creek’s name, bestowed by French trappers, was originally “Biche,” meaning “doe”; but such a corruption is not surprising since its steep banks made the creek a son-of-a-gun to cross.

Having exited Teton Basin, the party entered the Upper Snake River Plains. Avoiding the deep canyon carved by the river, Hunt traveled west along its northern rim. His journal noted antelope racing across the open ground and chokecherries growing along the bank.

Hunt noticed a hot spring, undoubtedly Green Canyon Hot Springs, near their route. Today, advertisements for these hot springs report Hunt “visited them while spending time at Fort Henry. The rest of the crew built canoes for their ill-fated trip down the Snake River.” However, Hunt visited the hot springs on the day before he arrived at Fort Henry. His diary never suggested any of the Astorians returned to the springs from there; so Hunt, if he soaked at all, did not do so while his men built canoes.

October 8, a windy day with snow in the air, saw Hunt’s party arrive at Henry’s deserted post near present St. Anthony. Hunt wrote, “It has several small buildings … constructed in order to spend the past winter here.” Anxious to resume water travel, the men made fifteen dugouts from cottonwood trees felled along the river.

Meanwhile, the hunters saw old buffalo tracks and antelope “too shy and fleet to be approached.” Two skittish elk were shot, a few beaver trapped each night, and some “salmon trout of a small size” caught, but the camp subsisted mainly on the dried buffalo meat acquired earlier. Eleven days later, the Astorians entrusted their horses to their Shoshone guides to guard until the Americans returned. Then the overlanders pushed off into the river, leaving the fort behind.

Henry’s Fork and the Teton River merge near Menan, Idaho, the united flow joining the main current of the Snake just downstream. Hunt dubbed this combined section of waterways “Canoe River.” On October 21, seventy-odd river miles downstream, two dugouts swamped, forcing a mile-long portage around the cascades near Idaho Falls. No one was hurt, but a “good deal of merchandise and many supplies, as well as one of the canoes” were lost.

As they floated downstream, mountains to the east paralleled the river. Hunt noted, “We could still see the Pilot Knob that we had seen on September 15.” Drifting farther west, deeper into the Snake River Canyon, high narrow walls restricted the current, creating brutal rapids. Food became increasingly difficult to obtain.

Hunt’s party met repeated misfortune on the river east of Twin Falls, at rapids he dubbed the “Cauldron Linn.” One man drowned when his canoe tipped and several boats broke up on the rocks, forfeiting equipment to the current. Hunt finally abandoned the river, splitting the party into smaller groups. Caching most of their surplus goods, it was “every man for himself” over the remaining miles to Astoria—a miserable journey of unrelenting starvation. A pregnant Marie Dorion gave birth on New Year’s Eve while crossing Oregon’s Blue Mountains. Regrettably, the baby died about a week later.

Hunt arrived at Fort Astoria on February 15, 1812. With trading and trapping well underway, reports were prepared to update Astor on their efforts. Robert Stuart, leading a small crew carrying these dispatches eastward, would find adventures of his own in Teton Valley.

Wilson Price Hunt was not destined to become a “mountain man.” He found his glory not in the wilderness, but as a businessman who happened to have made one long, heroic trip west. Back in St. Louis by 1817, he built a grist mill, was appointed postmaster, and settled down to the life of a provincial merchant.

However, Teton Valley had been visited by Euro-Americans and the land would be forever changed. Though Hunt’s party was probably the first, many would follow in the decades to come. Teton Valley became a crossroads during the fur trade, until about 1840. The basin’s resources and beauty, appreciated by those who visited, were regularly lauded in the diaries of Rocky Mountain traders and trappers. 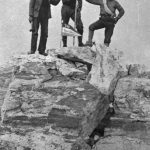 The Grand Question: Who first stepped onto the summit?History Stories