Ten days. Nineteen events. More than three hundred competitors from around the country. An estimated 4,500 attendees, from as far away as Australia. More than 1,500 volunteer hours. Eight thousand cubic yards of snow moved.

These numbers give only a glimpse into the hard work accomplished, and camaraderie and excitement generated, at the 2015 Teton Valley Great Snow Fest.

The idea for the event was conceived back in 2011. With the rousing success of the summer concert series, Music on Main, several founding members of the Teton Valley Foundation (TVF) sought to bring a winter component to the foundation’s mission of “Making the good life in Teton Valley even better.” A winter festival that would give valley residents something to rally around seemed the ideal solution.

Over the course of its first three years, TVF brought together existing events under its umbrella, while also creating new ones. The Backcountry Film Festival, skijoring competitions, and the Dale Robson Snowplane Rally, all popular events that had been drawing crowds in previous winters, were joined by snow sculpting and the gala Snow Ball.

In the spring of 2014, Erica Linnell took over as executive director of the Teton Valley Foundation. Linnell noticed that while Music on Main continued to attract more and more attendees each summer, Snow Fest was not growing at a similar pace. She met with several involved entities, such as the Downtown Driggs Community Association, and set into motion a plan to make Snow Fest the celebration of the season.

First, the group elected to spread the events out over two weekends, rather than just one. They hoped this would cut down on the competition for attendees that resulted from simultaneous events, or from simple event overload. Next, they created a central location at 300 North Main in Driggs, where most of the events would take place. Finally, they decided all events would be about the white stuff so prevalent in a Teton Valley winter, and brought in new snow-related activities such as Backcountry Skiing 101, an Avalanche Awareness Clinic, and the Spud Chase Nordic ski race.

“We have an amazing winter recreation niche in this valley,” Linnell said. “We [realized we] should be highlighting that.”

TVF took on the role of puppet master, focusing on marketing, promotion, scheduling, and logistical coordination. The foundation also procured a $5,000 grant from the Idaho Travel Council to hire Fisher Creative to produce a promotional video for future Snow Fests. The three-minute video, which can be found at the TVF website, tetonvalleyfoundation.org, juxtaposes panoramic shots of the snow-smothered Tetons and the valley with images of snow-related activities from both the Snow Fest and beyond. Local organizers and competitors explain what it is that makes the valley and/or their event special.

A major hitch occurred last winter, when Mother Nature was most uncooperative. While the temperature averaged in the mid-teens the week of snow sculpting, the day after awards were handed out the mercury began to rise. The massive and beautifully crafted snow sculptures quickly melted away in the forty to fifty degrees of a January thaw. The valley snowpack was relatively low to begin with, so the base at 300 North Main was not adequate for building up a racecourse for the Sno X snowmobile racing and other events.

In a scurried effort to add jumps and hills, Teton County employees and local excavation companies donated their time, machinery, and fuel to move snow to the course from mounds piled up at area parking lots. On the first weekend of Snow Fest, the Fat Bike Criterium and the Dog-joring Fun Race utilized the course, although Dog-joring was cut short due to increasingly slushy conditions. On the other hand, the Nordic Sprint Relay Races had to relocate to Alta, while stage three of the International Pedigree Stage Stop Sled Dog Race—it was the first time Teton Valley has hosted a stage in the heralded, mostly Wyoming race—headed into the hills up Packsaddle Road.

Despite the deteriorating conditions, Linnell sensed not all was lost, and she put out several calls to ensure that the second weekend of Snow Fest would happen. Once again, the excavation companies came to the rescue. Friday morning, trucks made laps back and forth between the Driggs-Reed Memorial Airport and 300 North Main, hauling snow and more snow. The following day, Sno X and skijoring went off without hitch or injury, and even drew a record number of spectators.

Through flexibility and fast-thinking, along with a little luck and lots of people stepping up to the plate, every event of the 2015 Teton Valley Great Snow Fest took place.

Prior to the 2015 event, Linnell said, “The goal this year is to have Snow Fest be well attended by both locals and tourists, and for it to be a sort of launchpad. If it gets bigger this year, I have no doubts that it will grow.

“[Snow Fest] would be a success if we outgrew it and someone else was able to take it on,” Linnell added. “This is a community-oriented event, but it is also a potential economic driver for the valley. People are already interested in the area, so this gives them one more reason to choose us over other places.”

And despite the poor conditions, Snow Fest did grow in 2015, with a 25 percent increase in attendance over the previous year. Now let’s hope Mother Nature gets on board for 2016, so we can all enjoy more growth and have tons of fun in the snow. 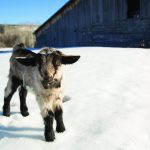 Farm Critters in the ColdFeatured Stories 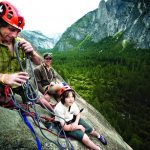