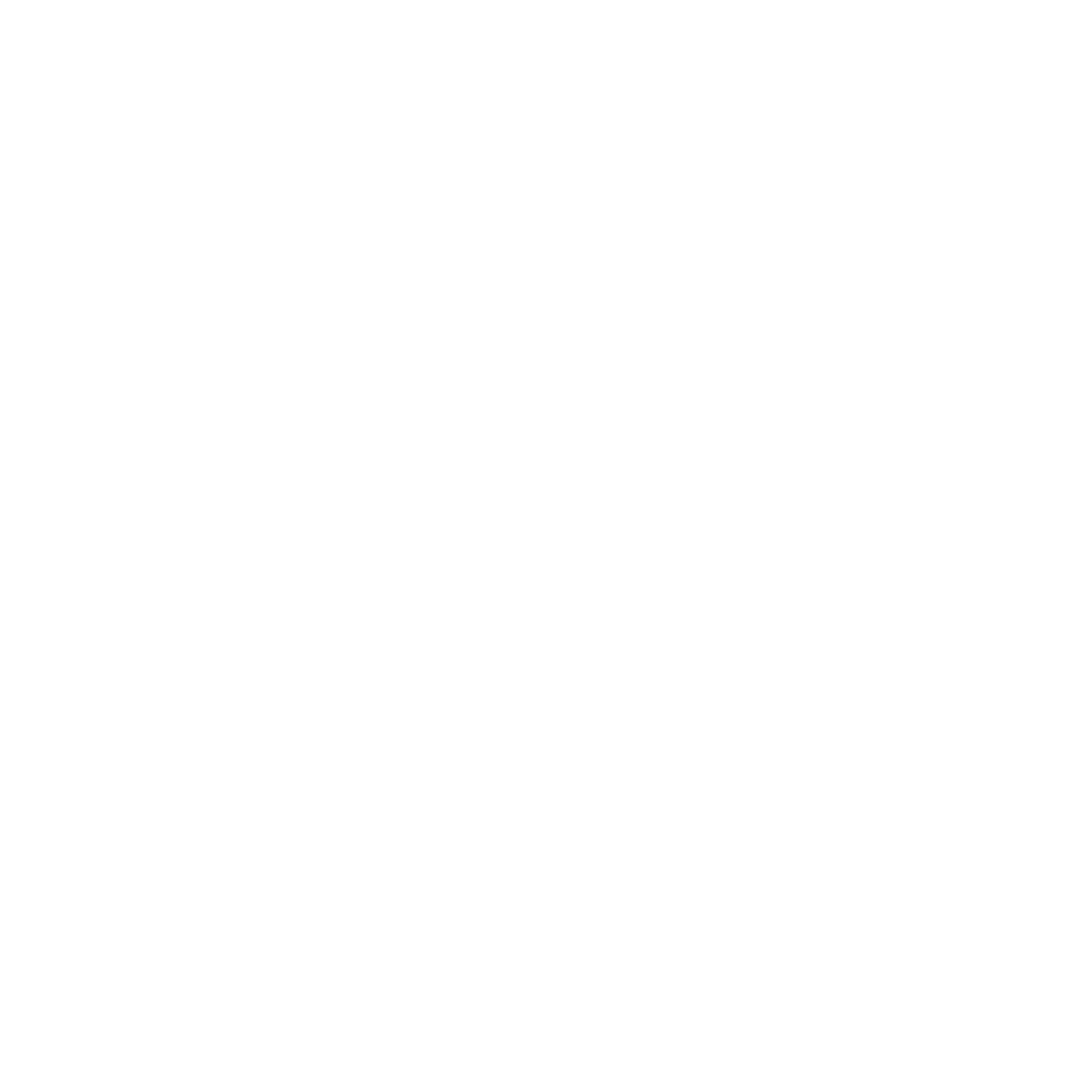 The guttural rumble sounds like it’s coming from a critter about the size of Sasquatch. The vocalist, however, is about half the heft of your average pet Labrador.

“It almost sounds like a big pig,” says Jeff Copeland as snarling reverberates from his desktop computer where he has a trove of wolverine videos. Copeland, who retired to a backwoods cabin in Tetonia in 2010, has studied wolverines for more than twenty years—first for the Idaho Fish and Game Department and later for the U.S. Forest Service’s Rocky Mountain Research Station in Missoula, Montana. Copeland still serves as executive director of The Wolverine Foundation.

Sounding huge and scary is a savvy survival strategy. “Rule number one when you’re a carnivore [is] don’t start a fight that you can’t win. If you get injured, you can die,” Copeland says. So a better plan is to bluff the other guy. If a wolverine sounds like Sasquatch, a wolf or bear might decide to give up the fight before it even starts, Copeland explains. That’s not to say wolverines can’t handle a fight. The wolverine is the largest land-dwelling member of the weasel family, a species Copeland describes as fierce by design.

But beyond all the bravado, the “devil bear,” “mountain devil,” “demon of the taiga,” or Gulo gulo (its scientific name, and Latin for “glutton”) faces potential threats that can’t be bluffed away.

Inside the airy timber-frame cabin that Copeland shares with his wife, wolverine screensavers flit across the computer monitor. Next to the computer sit green notebooks with labels such as “Wolverine, Snow Data Notes” and framed photos of, well, wolverines.

Copeland hasn’t just studied wolverines, he’s tried to find new ways to track this ghost species, which is notoriously hard to observe. A “holarctic” species, these rangy brutes roam the snow and ice of northern North America, Scandinavia, and Russia, where people are sparse and wolverines even sparser. With their vast territories and solitary behavior, wolverines make grizzly bears seem almost communal by comparison.

Copeland has been hands-on with this elusive critter in ways few researchers have. He can even tell you how they smell: sweet musk, a scent he jokes that he once thought about synthesizing into candles, ideal for any mountain man or mountain woman’s abode. He shows a video of a wolverine “abdominal rubbing”—a common behavior among weasels—on a log. The video comes from a three-year project during which Copeland studied wolverines at a captive facility in Tacoma, Washington, trying to find the “magic elixir” to attract a wolverine to hair snares or camera traps to collect a hair sample or photograph.

Although he “never found the magic elixir,” Copeland says, “it was the most fun science I ever did.”

While Copeland has followed the trail of many a wolverine, one individual really stands out.
“This is Jed’s data,” he says, clicking on a Google Earth map.

“This is the oldest wolverine that I’ve ever encountered.”

Copeland first started looking for wolverines in the Tetons in 1997 while helping coordinate a cooperative study at Grand Targhee Resort. The local 4-H club built three live-traps, essentially a log box with a trap door that snaps shut when a wolverine ventures inside to tug on pungent bait.

Wolverines disappeared from the western United States in the 1920s due to large-scale trapping and efforts to poison predators, but they had recolonized much of their historic range by the 1970s. Still, fewer than three hundred likely remain in the Lower 48, mostly in Idaho, Montana, and Wyoming, with a handful in the Cascade Mountains of Washington and in northeastern Oregon.

Although occasional wolverine sightings and tracks hinted at a return to the Tetons, the 4-H study in 1998 was the first attempt to confirm a resident population. 4-H kids and their parents monitored the traps, capturing their first wolverine, a female, the first year. Around the same time, Copeland and fellow wolverine researchers started The Wolverine Foundation to support research of the elusive critter. Volunteers captured three wolverines before the Teton project transferred to the Hornocker Wildlife Institute and, later, to the Wildlife Conservation Society.

Fast-forward to the winter of 2013-14, when researchers returned to the Tetons to trap at the same sites. They caught just one wolverine: Jed. He already had an implant, and DNA tests confirmed that Jed was one of the wolverines caught by the Wildlife Conservation Society a decade earlier.

“The fact that he’s still in his territory and he’s fourteen years old, he should have been kicked out of here years ago,” Copeland says. Finding Jed, geriatric in wolverine terms, tells Copeland that no young wolverines are coming into the range.

Jed is named for his home, the Jedediah Smith Wilderness, snaking terrain that runs along the western slope of the Teton Range. The wilderness is named for Jedediah Strong Smith, an educated, trailblazing mountain man, originally from New York, whose explorations helped open the American West to settlers—just the kind of explorer who might have favored a wolverine musk-scented candle.

“[Jed] seems to be the only one home, and we looked pretty hard,” says Kimberly Heinemeyer, lead conservation scientist with the Salt Lake City- and Bozeman-based Round River Conservation Studies, which is leading the Wolverine–Winter Recreation Research Project with the USFS Rocky Mountain Research Station. In contrast, when the Wildlife Conservation Society trapped in the same area from 2001 to 2008, researchers found four adults occupying the Tetons and a population of up to seven when kits were being raised.

“There used to be resident, reproducing females in the Tetons, and they’re not there [now],” Heinemeyer says. “It could just be a lull in the population, but we don’t know.”

For Heinemeyer and Copeland, the case of Lonely Jed illustrates why it’s not safe to assume wolverine populations are prospering in places where they’ve been found before.

“I’m not saying it’s a crisis,” Heinemeyer says. “We just don’t know. It’s one of the least understood species in North America.”

Heinemeyer is glad to see a new multi-state effort to change that. Wyoming, Idaho, Montana, and Washington, along with other partners, are launching a first-ever, range-wide survey to define where wolverines currently reside in the Lower 48.

Wolverines’ low densities, vast home ranges, and preference for rugged terrain make such an undertaking difficult and expensive. The multi-state project is being funded with $200,000 from a competitive multi-state wildlife grant, matched with state money.

Wyoming started looking for wolverines last winter before the multi-state project officially launched. Biologists set up remote cameras and hair snares at eighteen sites in the Salt River, Gros Ventre, Absaroka, and Wind River mountain ranges. Cameras documented wolverines’ presence while snares snagged hair for DNA analysis. The study detected wolverines at three sites in the Wind Rivers and one site in both the Gros Ventre and southern Absaroka mountains. The find in Wyoming’s Gros Ventre Range marks the first confirmed presence there.

“We do now know that there’s wolverines out there in more areas than we thought,” says Zack Walker, the Wyoming Game and Fish Department’s non-game bird and mammal supervisor. This winter, he adds, researchers will use cameras, hair snares, scent lures, and, if possible, bait, all of which will be checked monthly. The study will include the Tetons, offering a chance to see whether or not Lonely Jed has any company.

Researchers such as Copeland predict habitat loss from climate change as a retracting snowpack could make it harder for females to find a deep, dependable snowpack for denning. Females build dens in places where snow piles high enough to cover truck-sized boulders and downed logs. The theory is that snow provides cover to evade predators and a buffer against cold winter temperatures. Research suggests that female wolverines require persistent, stable snow more than five feet deep to den.

A 2010 study by Copeland and others found that almost 98 percent of 562 verified wolverine dens in North America and Europe fell within areas that consistently held snow coverage until at least May 15. Another peer–reviewed study modeling how the snowpack might be impacted by a changing climate found that those areas’ snowpacks could be down 31 percent by 2045 and 63 percent by 2085.

What is motivating states—and making wolverine research a priority for funding—is an effort to list wolverines for protection under the Endangered Species Act.

In 2013, the U.S. Fish and Wildlife Service recommended listing wolverines as “threatened.” But in 2014, the agency reversed course and decided not to list it. Wildlife conservation groups are suing the federal government to change that decision and gain more protection for the animal. Designating wolverines as threatened could provide funding to study and protect existing habitats, and impose restrictions on trapping and other activities if shown they impact these solitary creatures.

As the listing decision lingers in court, snowmobile advocates have been proactive in supporting wolverine research. Copeland says the Idaho State Snowmobile Association asked to partner on research to learn more about where wolverines are, in hopes of staving off arbitrary closures of public lands. Both snowmobilers and backcountry skiers have voluntarily carried GPS devices to track where they recreate as part of the project, which covers the Payette, Boise, Sawtooth, Caribou-Targhee, and Bridger-Teton national forests and Grand Teton National Park.

Still crunching data, Heinemeyer is beginning to tease out some trends. Jed, for example, shows that wolverines don’t spend all their time at the highest, loneliest elevations of rock and ice. In fact, Jed has frequently traveled the same slopes prized by skiers and snowmobilers. Preliminary findings indicate that wolverines will tolerate winter recreation in their home ranges, but may exhibit higher movement rates in areas where activity is intense.

Just how much winter recreation wolverines can tolerate remains to be seen. But as technology improves for snowmobilers and skiers alike, there’s little doubt an increasing number of winter enthusiasts will venture farther into the once remote and rugged domain of a species that defines our ideals of wild country. 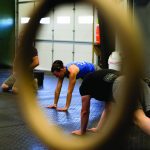 Fit to Be TriedDepartment Stories