Few small towns can boast of spawning a true sports legend. But Driggs can.

Alvin Dalley was born in Wilson, Wyoming, in 1927. A year later, his parents, Claude and Elen Dalley, moved the family twenty-six miles over the mountain pass to Teton Valley. He would grow up in the valley to become the most revered and decorated small high school wrestling coach in the region.

Dalley graduated from Teton High School, where he fell in love with LaJean Buxton, and the two were married after Dalley served two years with the Merchant Marines. The couple eventually had six children.

Dalley honed his sports acumen in Provo, Utah, where he was recognized as the “Most Outstanding Athlete” at Brigham Young University in 1950 in both wrestling and football. His leadership skills also were emerging, and he served as captain of both the football and wrestling squads.

After college, the couple  returned to the valley, where Dalley could do the things  he loved—fish, hunt, search for jade, and enjoy family life in the shadow of the Tetons. He took a teaching job with Teton School District 401, allowing him the chance to stay involved in sports.

Dalley became a coach and, in 1958, created the wrestling program at Teton High School. What followed was a career few could match, in records or influence. In 1988 he was inducted into the Idaho High School Activities Association Hall of Fame and ten years later he was named to the National Wrestling Hall of Fame, both honors recognizing his contributions to the sport. He was named Coach of the Year numerous times, and earned the coveted Gary Comstock Memorial Award for outstanding contributions to the sport.

Dalley accrued an amazing win percentage record of 0.964, with just nine losses in 254 dual matches. He coached ten state championship wrestling teams—teams that at one point won ninety-eight consecutive dual matches. Six of the teams’ ten state titles were consecutive. His record and his awards definitely contribute to his “legend” status, but his influence on his players, fellow coaches, and community are what put Dalley over the top.

“He was my favorite coach of all time, and one of the greatest wrestling coaches ever in the country,” his former athlete John Berry told a Post Register reporter in 2016. Berry himself went on to attain legendary status, winning ten state championships in the thirty-three years he coached wrestling at Sugar-Salem High School.

“You had to bring a lot to the table,” says Blair Kay, who won a state title his senior year at Teton High School, wrestling on one of Dalley’s teams. “He took an individual and molded him to make him better. He taught stick-to-itiveness, to finish the job.”

Kay, who has served for years as Rexburg’s city clerk, says he has used that training as a background throughout his life, feeling that it has enabled him to have better self-esteem and find success.

Dalley was known as a tough but fair coach who knew his business. This is apparent in the way he treated wrestlers who also happened to be his sons.

“As a coach, he didn’t treat me any differently than the others,” says his oldest son, David Dalley. “He called me ‘Dalley.’ As a dad, he was kind of hard on us. He was intimidating. But he would do anything for you. He helped me a lot. He was always supportive, always there for us.”

While Dalley helped many wrestlers earn star status in high school, and even later in college by way of scholarships, it was the lessons he taught about determination, respect, and achieving long-term success that ultimately mattered the most. Many of his athletes received scholarships to help pay for college, earning degrees and becoming successful in their chosen careers.

Lest the reader think Alvin Dalley was only about wrestling and coaching, he also was about paying his dues to his community. He served as mayor of Driggs for twenty-six years during the town’s “growing up” years.

“He was a good mayor,” says DeEtta Driggs, who served on the City Planning Commission when Dalley was mayor. “He would come to the meetings. He was there. If you needed him for anything, he did it.”

Dalley lived long past his glory days in the valley and in the wrestling community. Passing at age eighty-nine in January 2016, he outlived LaJean and all but one of his six siblings. But his status as a local legend will never die, and he remains a powerful and positive influence on those whose lives he touched. 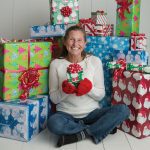 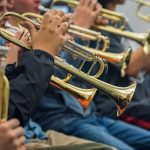